Use Foil Stamping to Deter Forgeries

Everybody wants to believe in the integrity of what they have. “It’s not worth the paper it’s written on,” is an often employed idiom that indicates something has little if any value. It is a contemptuous and dismissive phrase, and it works well to illustrate the importance of authenticity. They can be devastating words when they apply to documents you believed authentic. When it comes to printing business documents, security is everything. Foil stamping is one type of security product most helpful in ensuring document integrity.

Forgery is a particular type of fraud that is itself a form of deceit or trickery. Forgers intentionally and illegally create false documents, seals, signatures, and such, and attempt to pass them off as genuine.  They do so purely for personal gain and at the expense of those whom they heartlessly disenfranchise. Many of those apt to be swindled by false documents are those at the fringes of society: the elderly, disabled, or mentally handicapped. Multiple layers of protection are desirable, with at least one being visible, such as foil stamping.

Criminals aren’t known for their morals. Therefore, nobody should be surprised to discover that document forgery presents a nearly irresistible lure to those untroubled by either laws or morals. In some instances, forged documents of worth, if redeemed for cash before their forgery is discovered, are apt to be worth millions in ill-gotten gain. The use of a prominent and difficult to counterfeit foil seal is an easy way to discourage criminals from looking for a way to make a fast dollar.

People who make a living defrauding others count on the fact that most people rarely take the time to examine their important documents. Many times, they don’t stay in one place long, and they tend to live by the belief that by the time their crimes are discovered that they’ll be long gone. Although these white-collar crimes are generally non-violent crimes, they are never victimless.

Forgery is a Form of Fraud

Forgery is often thought of as faking someone else’s signature, which it is, but the concept encompasses far more. Understood broadly, forgery involves the entire enterprise of document falsification and counterfeiting for illegal profit. The swindled and innocent victim often knows nothing of how the crime involving them actually occurred.

Forgers seek to pervert the truth and they seek illegal gain at the expense of others.  Forgery and fraud rob honest people of what rightfully belongs to them. Fraud is a crime that is often investigated by the justice department. It is a long-term, chronic, and wide-spread problem.

The value of any given official document is that it establishes legitimate ownership. Counterfeiting is a highly evolved criminal art form. Even experienced professionals have been duped by falsified documents. Documents such as automobile, boat, and trailer titles, certificates of stock, contracts, bonds, and membership cards, are but a few of the many categories of official documentation that are vulnerable to exploitation if not provided protection such as foil stamping.

Checks occupy by far the largest part of the secure document world and potentially open up access to the account holder’s financial records, assets, and identity information. This representative form of documentation only works until someone criminally engineers their way into the system through imitation and forgery. Too often, the defrauded true owners are left with nothing. Foil stamping is a reliable deterrent readily provided by high-end printers.

United States currency was once representative and redeemable for particular precious metals.  Today, a variety of documents, such as deeds, promissory notes, stock certificates, checks, tickets, window decals, and more likewise represent the extent of their owner’s investment. Without the ability to keep pertinent documents secure, the criminal element runs amok. Fraudulent prescription pads encourage the flow of life-destroying opioids into the streets. Widows are defrauded of their retirement funds.

Sadly, it seems clever counterfeiters are but a step behind in their employment of state-of-the-art technology. The ingenuity of these clever criminals is what keeps those charged with maintaining document authenticity and integrity on their toes. Thus, it is all the more important to contract with industry leaders who stay abreast of as well as work pioneering the development of new technologies.

Stay a Step Ahead

Businesses in search of ways to protect themselves have a number of options to protect their products from tampering and copying. Companies that issue vulnerable documents are wise to employ technologies from the start to not only deter would-be criminals but also to warn them off. Visible features, such as gold foil stamps and watermarks are a not so subtle way of announcing that this counterfeiting opportunity is more trouble than it is worth.

Depending upon the needs of any given client, selected security features are available that incorporate the paper, the ink, and a variety of post-production techniques that identify the document as valid. Would-be forgers are deterred not only by the visible features unique to the document, but by invisible identifiers as well, such as invisible and thermochromatic (color changing) ink.

Foil stamping is a popular lithographic technique whereby metallic foils are “stamped” into documents with a heated stamp die. The end effect is one both attractive and official. Both flat and embossing stamps are suitable for use with foil stamping, creating a flat or raised image depending upon the desired final effect. Gold is by far the most popular color used in foil stamping, followed closely by silver, but any color foil can be applied to a document.

Foil stamping is a process that has been in use for centuries. It is a dangerous process because of the degree of heat required, but today hot foil stamping is safer by far as the process has become automated with the use of dedicated foil stamping machinery. Other lithographic methods are unable to replicate the effect of hot foil stamping. Businesses that issue sensitive authentic documents often depend upon foil stamping to deter forgeries and to heighten client confidence in document security.

Foil stamping machines use with a CAD-designed metal die press that is essentially the desired image in reverse. This die is heated to a prescribed temperature and then is pressed into the surface of the document. Between the die and the document is a roller to ensure that the pertinent area of the gold foil leaf is precisely incorporated into the desired design.

In addition to being used on actual sensitive documents, foil stamping is also used on packaging to verify the authenticity of its contents. While foil is the most popular end effect sought by those using foil stamping machines, they can also be used with various inks and dyes.

When given a choice, many people favor foil stamping as a first-level document authentication. It not only secures the document, but it upgrades its appearance. Furthermore, foil stamping causes no pollution and is not harmful to the environment, making it an earth-friendly choice.

Multiple Effects and Layers of Foil

A variety of effects are readily achieved by using multiple layers of foil to create different looks. The visual effect is altered depending upon the pigment of the foil, the number of layers used, the presence of a base ink color, and more. Security is likewise enhanced.

The ideal secure document goes beyond surface-based security techniques. In addition to foil based security options, there are also various security features available depending upon one’s choices of ink. Likewise, the paper upon which something is printed reveals and conceals much about the authenticity of the information it bears. Paper content is easily custom designed, and may contain both visible and invisible identifying fibers.

There is no one-size-fits-all recipe for successfully dealing with crimes such as forgery, counterfeiting, and identity theft. Each circumstance is unique and calls for a custom-tailored solution. The best approach is a multi-layered one that employs both overt and covert security features.

Every business sector is able to benefit from secure printing technologies. Businesses within the educational, government, non-profit, healthcare, financial, manufacturing, entertainment and other sectors each have individual requirements for security printing. Whether it is the client who is cheated, or the business, counterfeit documents harm everyone involved.

Ultimately, it is each issuing organization that is responsible for providing secure documents. Some very large entities might handle this need in-house, via an internal printing department. The majority turn to commercial printers that specialize in secure document printing. Those who receive the documents must examine them for authenticity within a reasonable amount of time and report any suspicious findings. Foil stamping creates documents that are functionally secure as well as aesthetically pleasing to the eye. 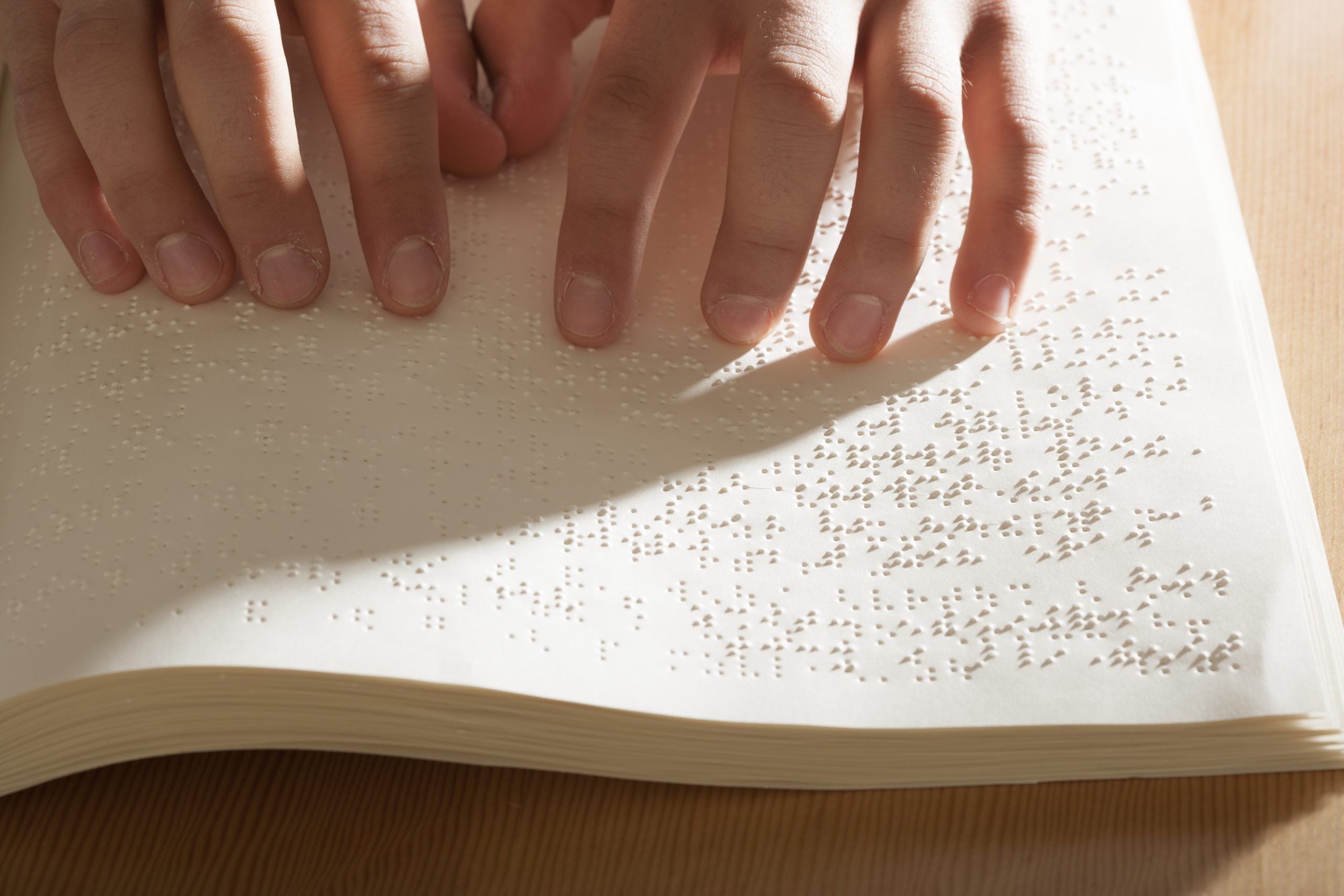 Final Touches: Embossing Braille at the End of the Printing Process 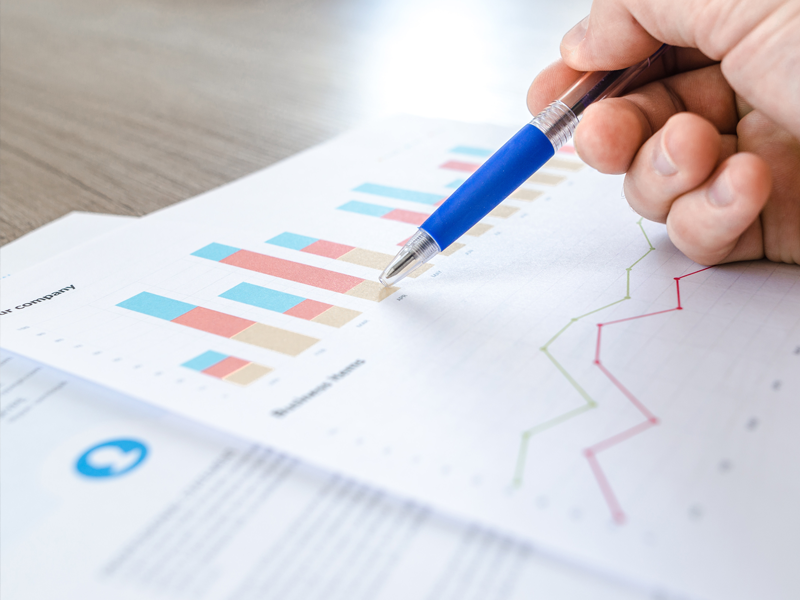 The Folding Gluer Machine Demand is Expected to Increase Exponentially